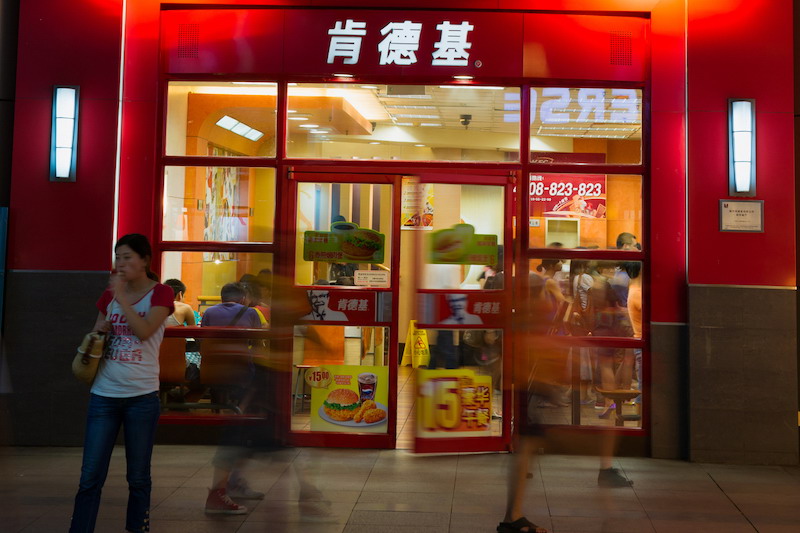 Alsco, an industry-leading uniform service, explains that global companies don’t necessarily utilize the same uniforms around the world. More often than not, uniforms are region-specific. The new uniforms just introduced by KFC Singapore are a good example.

KFC’s acceptance in Asia is actually quite remarkable given the fact that fried chicken is an American staple. For whatever reason, Asians have latched onto this one particular part of American culture like no other. In China, for example, the Christmas holiday is not celebrated with Christian religious services and gift giving. December 25 is just like any other day in China with one significant difference: it is a Chinese tradition to eat KFC on that day.

Chinese workers will go about their business as normal on December 25. On the way home from work, they will stop at KFC and pick up dinner for the family. Those who don’t have family might pop out for KFC at lunch time. The point is, KFC has become both a curiosity in an institution throughout Asia.

Given that, you might expect KFC Singapore to stick with the standard uniforms found in American restaurants. But that’s not the case. They are marketing to an entirely different audience. KFC is serving customers who see the world differently. As such, their uniforms reflect Singapore’s culture more than America’s.

Each of the uniforms offers just the right touch of classic design along with an appropriate amount of modern accent. Of all of the new designs, the line of maternity wear is perhaps the most daring. Maternity dresses fit in very nicely with Singapore fashion, though they probably would not do so well here in the States.

Only the front-line service uniforms offer any hint to KFC’s American Heritage. Front-line service workers will be wearing red and white striped shirts with one red sleeve, one black sleeve, and the signature string bow tie made famous by KFC founder Colonel Harland David Sanders.

If you are not familiar with basic marketing concepts, you might be puzzled as to why different regions within a global company would utilize different uniforms. Alsco says the answer is found in how uniforms and branding are related.

A brand is essentially the image of your company that you want customers to remember. Americans associate the KFC brand with Colonel Sanders. As such, the company still uses his caricature as a marketing tool. However, Asian countries don’t have the same history that we have with KFC. They only discovered the restaurant in the late 1980s.

They associate the restaurant’s image with something entirely different: modern American culture. As such, it’s more effective to promote a more modernized version of the company’s brand in Asia. KFC Singapore’s new uniforms clearly reflect that branding choice.

Uniforms for a global company can be region-specific. And when they are, it is usually because branding messages in those regions are equally different.